Are Olympic Athletes Allowed To Smoke Weed? Drug Testing At Rio Will Not Be Strict. 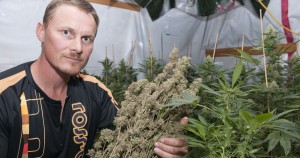 Marijuana use has been a dicey subject for Olympic athletes in the past. Back in 2009, Michael Phelps acknowledged a photo of him using a bong was real, and he was suspended from competition for three months. On top of that, he lost a lucrative sponsorship from Kellogg’s. Now, eight years after Phelps won big with eight gold medals in Beijing, he, along thousands more athletes, will head to Rio de Janeiro, Brazil, for the summer Olympic Games. Over the intervening years, marijuana has been decriminalized in jurisdictions around the world. But what about for Olympians? Are Olympic athletes allowed to smoke weed?

Since the 2014 Winter Olympics, athletes have not needed to worry about testing unless they are extreme users. Technically cannabis is included on the list of banned substances in competition, so, no, athletes cannot use it during the games. But before or after is just fine. In May 2013 the World Anti-Doping Agency raised the level of allowed marijuana in an athlete’s system 10 times the prior amount to 150 nanograms per milliliter. That’s makes it harder for someone who uses it outside of competitions like the Olympics to test positive.

Before the rule change, there was always the possibility that an athlete would test positive for the drug, even when they had only been using it recreationally before the competitive event. Four athletes tested positive for THC in 2012 when the U.S. Anti-Doping Agency conducted tests before the London games. That was a very small percentage of athletes, but it led to at least one wrestler being kept from the team.

We are seeing so many changes in the way people view marijuana. Many sports teams across the US have ran into contradictions and issues where it may be legal in there home state however, it is not everywhere else. Accredited Drug Testing will work hard and continue to keep people in safety sensitive positions drug free. Drug Free Workplace Programs are a great idea to avoid liability and what is most important, not having innocent people hurt because of poor decision making from someone else.