Health Screenings USA provides a wide range of drug and alcohol testing services for small, medium and large employers who may currently conduct employee drug testing or who wish to implement a drug free workplace program. Our services include DOT and NON-DOT employer drug testing programs and we offer, 5 panel, 10 panel and 12 panel screenings. Along with drug testing policy development and a random selection pool. 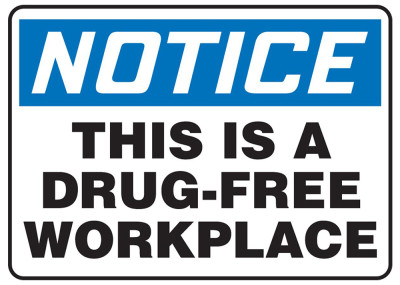 Employer testing is also known as a drug free workplace program and is common with many employers throughout the United States. A large percentage of small, medium and large companies have some type of employee drug testing program including pre-employment, random, reasonable suspicion and post-accident drug testing programs.

In addition, many States encourage employers to be a drug free workplace and provide certain benefits and protections for an employer who properly maintains a drug free workplace, including Workers Compensation discounts and a defense in unemployment compensation cases. However, it is important that any employer drug testing program be properly administered and that the company’s drug testing program comply with all State and Federal laws.

All Federal governmental agencies and contractors have been required since 1988 when President Ronald Reagan signed an executive order requiring all Federal employees to be drug tested.  Since that time drug testing has become a major part of the private sector.

Many times employees ask a simple question, can the company I work for require me to take a drug test? The answer is simple, Yes. However, any company which conducts any form of drug or alcohol testing must have a written drug and alcohol policy outlining the programs requirements and each employee must be provided a copy of that policy when applying for a job or in the case of random drug testing, when the drug free workplace program is implemented.

The courts both Federal and State continue to uphold an employer’s right to be a drug free workplace and drug test a company’s employees. Some States do prohibit random drug testing while allowing pre-employment, reasonable suspicion and post-accident drug testing. It is important to know the laws of the State in which your company operates. Health Screenings USA can provide this information.

Medical and recreational marijuana has become a major concern of employers due to impairment on the job site. At times employees will believe that because they hold a prescription for medical marijuana or work in a State that permits recreational use of marijuana, that an employer cannot take action when there drug test comes back positive for marijuana. This is not true, marijuana continues to be a class 2 illegal drug and employers nationwide continue to have the right to terminate the employee who has a positive test for marijuana as other illegal drugs.

While some employers utilize instant drug testing devices such as construction sites and other companies with a large number of employees, any test which has a positive result should be sent to a SAMHSA certified laboratory for confirmation testing and verification by a Medical Review Officer (MRO). No employer should take any final adverse action for a positive instant test, only a test that has been analyzed by a certified laboratory, reviewed by an MRO and whatever action is taken it must be in accordance with the employers drug policy.

If you are an employer wishing to schedule a drug or alcohol test for your employees or if you would like to become a drug free workplace, Health Screenings USA can provide all of the services needed. Call today!

“One Call Does It All”