Can You Reverse the Long-Term Effects of Drugs by Being Healthy? 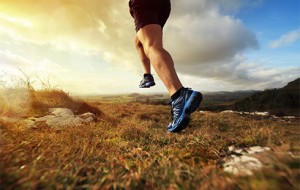 As society’s grown more concerned with “clean-eating” and counting calories, we’ve become obsessed with how to burn those calories off. And since the dawn of Fitbits and Meat Free Mondays, “eat less, run more” no longer cuts it. We want quantifiable data—preferably something we can share on social media, between posting our daily 5K run times and endless photos of our moist, rippling, post-workout biceps.

What the world’s content farmers have come up with are those snackable online factoids that tell you how to burn off your favorite junk food via absolutely implausible methods. A man has to lift weights for five hours and 53 minutes to work off a large Big Mac meal, a woman has to rollerblade for four straight hours to burn off a Chipotle chicken burrito, that kind of thing.

Of course, this represents a pretty unhealthy way to be healthy: a binge-purge approach that favors extremes over moderation. That said, I love Big Macs and bizarre physical punishment, so who am I to swim upstream? If it theoretically works for Food That Is Bad for You, could this “offsetting” tactic be applied to other vices, like regularly taking way more drugs than you ever should?

Are there ways to negate the effects of narcotics over time? Could I mitigate the harms of casual alcoholism by drinking more celery smoothies? Can you repair a cocaine-damaged heart by doing 900 press-ups every single morning for the rest of your life? To find out, I spoke to a handful of drug and exercise experts.

Following my transition from late teens to late 20s, my fears over alcohol have shifted. Where I once worried, Will I get too shitfaced and puke on a dog at this girl’s house party? I now wonder, Will a fourth can on a Tuesday bring forward my early death from heart disease?

To see if exercise could reverse the effects of a four-pack, I called up Joseph Van Der Merwe, a personal trainer and strength and conditioning coach from London. “There are about 600 calories in four tins, depending on the brand, so you’re probably looking at 30 to 40 minutes of pretty hard running [to burn it off],” he said.

According to Dr. Adam Winstock, founder of the Global Drug Survey (GDS) and a consultant psychiatrist, there’s one demographic that regularly practices this sort of approach. “The group of people that I’ve seen do this most would be gay guys who go out chemsex-ing,” he said. “They will party hard Friday, Saturday, Sunday; then Monday, Tuesday, Wednesday, Thursday they’ll be in the gym.” Does that offset the weekend? “The answer is no it doesn’t. But if you’re going to cane it at the weekend, is it better that the rest of the time you’re living a happy and healthy lifestyle—you’re exercising, not smoking, and going to the gym? Absolutely.”

Van Der Merwe agrees that it’s better to gym than not gym, but adds, “The idea that you’re gonna protect yourself from drugs and alcohol through nutrition and exercise is like trying to fight a house fire with a wet sponge.”

A TEN BAG OF WEED

Guy Jones, a chemist working for harm-reduction and drug- testingorganization the Loop, explains that the THC in weed affects the endocannabinoid system in the brain, which is responsible for many things, including hunger control and sleep regulation. A few years ago, during a particularly heavy assault on my endocannabinoid system, a friend started choking on whipped cream. The prospect of my friend dying at the hands of a dessert topping really shook me, and I remember my high being totally erased by the ensuing panic.

I can’t remember exactly how much I’d smoked, but I asked Jones if fear was a viable way to counteract the effects of an occasional ten bag, or about a gram. “The adrenaline won’t stop the cannabis from being in the system,” he said, “but it will absolutely affect what we call downstream signaling from the cannabinoid receptors… so yes, it is entirely possible to generate a moment of clarity [while you’re high].”

Of course, the primary issue with cannabis is the fact you’re sucking burning plant matter into your lungs—and if you’re European, there’s most likely some tobacco in the mix. As Jones says, “Tobacco is a phenomenally toxic and carcinogenic drug. The number one harm-reduction tip for cannabis is to not smoke it with tobacco.” Unfortunately, according to Van Der Merwe, spring-cleaning your lungs through exercise is just not a thing. “The idea that you can, say, run for ten miles to clear your lungs of carcinogens… it’s not going happen.”

A GRAM OF COKE

One big thing about cocaine—everywhere outside of South America, at least—is that it’s cut with all sorts of nasty stuff because dealers are cheap bastards, and that stuff has varying effects on the body (although it’s unlikely any of it will make your skin rot away, as was reported last year). But no matter how diluted your cocaine, it’s going to “cause problems in the heart because it blocks nerve signals, interrupting the electrical rhythm that causes it to beat nicely,” said Jones.

Everyone I spoke to said there’s no surefire way to mitigate this side effect. “People think drinking alcohol with coke is quite a useful way of offsetting that jittery effect you get,” said Winstock. “But that combination itself is actually much more dangerous, because of course you end up doing more coke and more alcohol, which is bad for your heart and liver.” Jones agrees: “The harm-reduction tip that I would give for cocaine, rather than focusing on its own specific effect on the heart, is to keep alcohol intake low.”

How about, I asked Van Der Merwe, if your heart is a well-tuned machine with a resting rate of 30 bpm, like Lance Armstrong? “He wouldn’t recover from it quicker, but he’d probably be less likely to die.”

Long-term regular cocaine use can also lead to heart tissue swelling and scarring, and while the swelling is reversible via exercise and not doing loads of gear all the time, the scarring—which results in permanent damage to the heart and a potential early death—is not.

A GRAM OF MDMA

Unlike cocaine, MDMA doesn’t directly interfere with electrical impulses in the heart. But, as Jones explained, “It does put extra stress on the heart because it constricts blood vessels, raising blood pressure and making the heart work harder.”

Again, it’s difficult to combat damage to the heart—but of all the drugs I asked about, MDMA was the only one where nutrition seemed to play a role in helping with the psychological comedown. Over-the-counter supplements, like the amino acid 5HTP, can help replenish serotonin—the “joy chemical” sapped from your brain during MDMA use, making you feel depressed the day after—as can amino acid-rich food like turkey, salmon, and quinoa.

Thing is, said Winstock, it’s always better to eat healthily, whether you’re on drugs or not. Ruth Kander, a consultant dietician, agreed with this slice of common sense—”It’s always better to have spinach and a banana than a fry up”—and dismissed the notion that a good diet could outweigh the destructive nature of these drugs: “If you’re drinking huge amounts and you’re taking drugs, you’re wreaking havoc with your body, and nothing is going to fix that.”

A GRAM OF KET

Given the harmful nature of these drugs, coupled with variables like purity and personal tolerance, tuns out there really aren’t many ways to reduce the damage they cause. Weirdly, though, the one drug most likely to totally and completely fuck you up is also actually kind of, vaguely, relatively safe. Here’s Jones to tell you how ketamine works:

“Ketamine blocks nerve signals from the brain to the body and vice versa. In a very small amount, it produces what many describe as a pleasant disassociation—almost a generic feeling of being high. Higher doses will eventually cause the user to enter a completely anesthetic state, where they’re unable to move and they ‘exist’ entirely within their head—commonly referred to as the K-hole.”

And even if you’re one of those weird idiots who does monster lines specifically so you can K-hole, you’re using a drug that comes in pretty low on the harm scale—way below alcohol, tobacco, and cannabis. “Ketamine is a surprisingly safe anesthetic, to the extent that it’s on the World Health Organization’s list of essential medicines,” said Jones. “And the doses it would be administered as an anesthetic would be much higher than the typical recreational dose.”

Of course, this shouldn’t be any sort of justification to hammer a gram of ket every weekend. The long-term damage of heavy use includes scarring of the bladder, which can become so severe that you may need a transplant. Everyone I spoke to said the only way to limit the long-term effects of K is to stop doing K.

According to the Global Drug Survey, NOS is now the seventh most popular drug in the world. Given the short high and small price, you can see why.

As I’ve previously done balloons and felt absolutely fine seconds later, I asked Winstock if there are any long-term effects of nitrous. “Data from over 16,000 nitrous oxide users recruited as part of Global Drug Survey 2015 and 2016 showed that about 4 percent of users reported symptoms that were consistent with developing a peripheral neuropathy—nerve damage—persistent tingling in their feet and fingers,” he said. “And that’s due to inactivation of vitamin B12.”

So is there any way to protect yourself from this kind of damage? “The easiest thing? Take less balloons,” said Winstock. “But you could also supplement yourself with vitamin B12.” If you read all that and you’re now thinking of popping out to the drugstore for a bottle of B12 and some 5HTP, take note of what Winstock told me: “Taking drugs isn’t like debit and credit; there isn’t the fat-burning equivalent. What you need to do is use drugs smartly and, otherwise, stay happy and healthy. Don’t smoke, do exercise, don’t be overweight, because they’re actually way more important—the things that predict whether you’re going to die young aren’t whether or not you do a bit of coke on the weekend or have the odd spliff—it’s whether you’re fat, whether you smoke, your family history, and your socioeconomic status.”

That last point stuck out. Speaking to Winstock, it seemed that one of the few ways to prevent “the ravages of drug use” is to not be poor. Winstock knows this better than anyone. “A lot of the people I treat have had very disadvantaged lives and very little resources. It makes them more vulnerable and less likely to go and see a GP, less likely to be able to afford to buy vegetables and salad and fresh fruit,” he said.

“A very middle-class, Guardian-reading clique like the idea that they go to yoga, and they’re vegetarians, and therefore they can do these drugs and they’re more protected. But it’s not that they’re protected; it’s just that they’ve got more physical and social capital, so drugs are less likely to knacker them.”

Sorry to be a giant buzzkill, but the long-term effects of these drugs are just too destructive to be abated by the addition of some organic food and a bit of exercise. So if you’re looking for the best ways to minimize harms, just do drugs sensibly and in moderation, or don’t do drugs at all.

“Everything you do—every decision that you make—has an impact on your life. So, yes, you can potentially increase your lifespan by eating more healthily, exercising more healthily, and sleeping more healthily,” said Jones. “But if you were truly dedicated to your own personal health, then you would probably never take drugs. Mind you, you might also never leave the house, because crossing the road is pretty dangerous.”